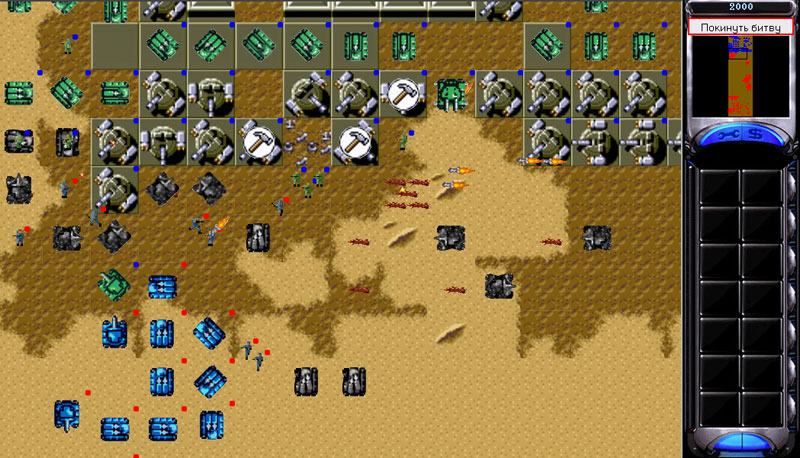 Starting from this article, I will publish a serie of articles on creating your own game in the style of the best strategies of 1990–2000: Dune, Total Annihilation, Supreme Commander, StarCraft or, for example, Warhammer 40 000. It will have something in common with everyone the above games, but of course it will be a little easier. And of course this game will be in full 2D. Although this did not prevent Dune from becoming one of the best strategies ever released.

And so, in this series of articles I will write, what difficulties I encountered, how I solved certain problems and, accordingly, I will post for downloading the source code of the strategy for the compiler in which I wrote the game — Visual Basic 6. But even if you use other programming languages, the material can still be very useful for you, as I will try to describe in detail how my code works.

Immediately I warn you that the game will never be finished, because I didn’t even try to create a finished product. Even the name never appeared — just “Strategy”. I was interested to write a full-fledged game engine, which will be similar to the strategies of that time. And what I managed to create, I really like it now, even ten years later. I would even say, I am proud of myself, that I was able to create it at school age. I managed to solve many of the most difficult problems and challenges that I find difficult to solve even today. But at the time I did it. Therefore, I want to share my knowledge with other people. You never know who benefits from this, at least it will be useful for novice game developers.

Initially, I just wanted to do something similar to a strategy, using only standard functions and compiler functions. But over time, I began to like to gradually complicate everything, set myself new, more and more complex tasks and goals, and as a result this work ceased to be ordinary entertainment and became real pride for me. Even now, looking at the whole amount of work done, I wonder at him.

In this picture we see how one of the very first versions looked like, made in the form with standard buttons with images:

And on this image you can see what the final version of my game looks like:

Agree, the difference is colossal. Although now I would have changed a lot there, added, decorated, improved … Only one thing stops me — what you see in the picture above, I did with long and painful 4 months, days, evenings and nights. I studied at that time, so in the evenings I had more than enough free time, except, of course, that at least sometimes I walked :-) But now I can not find so much time, now I have a lot of work and I have a family … Maybe I will improve something while writing these articles, but there will definitely not be global rework — my time as a game developer probably passed. But maybe this time has not come yet …

In this first article I will add links to everything else, here will be the content of the entire series of articles on the game. So you can safely add the page to your bookmarks, each new article in the series will also be reflected here. I also plan to add a link to the game to this page.

A series of articles on the creation of games in the strategy genre — Strategy: